Real estate companies that are in need of seed funding now have a new destination: Crowdfunding web sites.

The Wall Street Journal has reported on the rising number of crowdfunding web sites that banks on the promise of easy online investing. According to The Journal’s estimates, these crowdfunding companies have raised “over $135 million in debt and equity for real estate transactions.”

Citing Crowdnetic data, a Sacramento Bee report noted that while the amount is nowhere near the $700 billion market valuations of publicly traded real estate investment trusts (REITs), the segment is rapidly growing in the crowdfunding space.

Crowdfunding investing is not without challenges, however, the Sacramento Bee report noted.

“If you look back at online stock trading 20 years ago, all of the same kind of early adopter concerns people raised are the same here. Will there be fraud? Will people know how do to it? Will they adopt it?” EarlyShares executive Joanna Schwartz told Sacramento Bee.

But Schwartz believes that crowdfunding website’s ease of use and money-saving features will succeed in luring investors in.

“Going direct, there are a lot of fees we are saving for both sides here,” she said.

Real estate companies looking into signing up for crowdfunding platforms can position themselves to be more attractive to investors through disruptive marketing technologies. One company that offers this kind of technology is RealBiz Media Group, Inc. (OTCQB: RBIZ).

RealBiz Media is a digital media company that develops real estate technologies that allow agents and brokers to market their listings to untapped markets.

RealBiz Media also runs a video on demand channel under the Home Tour Network, according to the Stock Lama website. 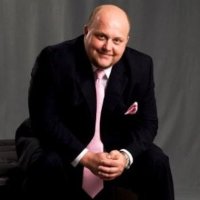